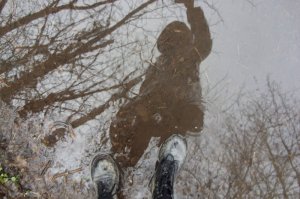 This winter Jacob Lind, a PhD student from Malmö University, is visiting IRiS to conduct ethnographic fieldwork for six months among migrant children and families in an irregular situation. His work is part of a research project led by Dr Anna Lundberg, associate professor in migration and human rights at Malmö University, called “Undocumented children’s rights claims”. The project is comparing Malmö and Birmingham as sites where political agency and rights-claiming of irregular migrant children and families are expressed in everyday life. The project investigates contradictions at different levels of regulation and practice regarding irregular migration in the two cities. Dr Lundberg and Dr Michael Strange, senior lecturer in international relations at Malmö University, are also conducting a survey of civil servant attitudes towards legislation concerning irregular child migrants in both cities.

Drawing on Arendt’s observation that rights can be realized only in a political community where humans are not judged by the characteristics defined to them at birth, but through actions and opinions (Arendt 1951, ch 9) and Jacque Rancière’s interpretation of Arendt that the politics of human rights must be rooted in the practices of right-holders themselves (Rancière 2004) the project has a strong agency perspective that asks how the children as undocumented themselves make claims for and utilize human rights. It aims to investigate tensions and contradictions that arise when different levels of regulation regarding undocumented children’s human rights interplay. This includes the individual (in this case, the undocumented children and adults in their immediate vicinity), the local, national and international level. One interesting example for such a query is to investigate how these different levels interplayed when the City of Malmö took a decision to give all children, independently of legal status, the right to school and childcare services. The decision was made despite the Swedish state’s reluctance towards implementing this right (Convention on the Rights of the Child art 28) in national legislation.

The project is also concerned with undocumented migrant children’s actions and lived experiences as well as actions by formal and informal institutions including international, national policy and city levels of regulation.

On 20th January Anna Lundberg and Jacob Lind will present and discuss the project in a seminar at IRiS. Dr Nando Sigona will act as discussant. The event is open to the public.Please email Ann Bolstridge ann.bolstridge@bham.ac.uk to book a place.