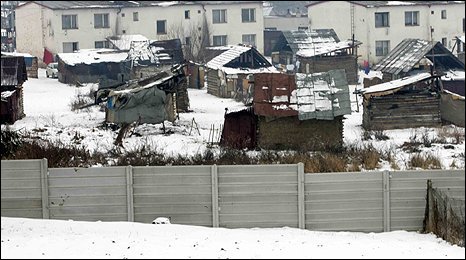 Led by Dr Giovanni Picker , the next IRiS International Conference takes place on 18 and 19 June 2018. The conference aims to bring together scholars from different disciplinary backgrounds, and engage conversations about mechanisms, meanings and experiences of various forms of displacement.

In 2015 the number of forcibly displaced people across the world was the highest since World War II (UNHCR Global Trends 2016). As global inequalities are largely the sedimentation of colonialism, several mechanisms and expressions of displacement still occur alongside racial lines. The conference offers a forum where scholars can initiate a dialogue to illuminate the logics of displacement and banishment that operate across both global and urban peripheries conjointly.

Through the lens of racial displacements, we aim to trace a line linking global and urban peripheries, investigating the proliferation of different forms of encampments as well as their metamorphosing into cities, while reflecting on the partitioning and securitization of the urban space.

Racial displacements also produce emerging forms of resistance such as, for example, the Standing Rock’s fight against the Dakota pipeline in the US, and the micropolitics of resistance of foreign construction workers in Dubai.

Finally, racial displacements also refer to the displacement of race and racial thinking, from colonies to the postcolony and the so-called post-racial. The conference is the closing event of Dr Giovanni Picker’s Marie-Skłodowska Curie Fellowship project entitled “Camp-bivalence”.

Plenary Session: Racism, the city and the state @25

Professor Michael Keith (University of Oxford) in conversation with other scholars on his and Malcolm Cross’ edited volume Racism, the city and the state [Routledge], on the occasion of its 25th birthday.

Further information and the call for papers can be accessed here.